Lou Abercrombie is a local author whose debut novel, ‘Fig Swims the World’, goes on sale on 2 April 2020. She visited Writhlington School and talked to our Year 7 and 8 students about her book, inspiration, and writing.

Lou studied Maths at Durham University and graduated with a First. She has always worked in a creative environment, first as an Audio Engineer, then as a Post Production Manager. When her young family moved to Bath, she became a portrait photographer, focusing on children’s fantasy and crime authors. In the last three years, Lou has spent her time writing, concentrating on the kinds of books she wanted to read when she was eleven or twelve.

Her debut book ‘Fig Swims the World’ tells the story of Fig Fitzsherbert whose New Year resolution is to swim the world in 365 days. A massive undertaking for a 15 year old, especially as the first thing she needs to do is learn to swim!

Lou likened writing to being a collector; she takes inspiration from everywhere. It can be a name, an overheard conversation or even a photograph. A visual person, Lou names film Director, Wes Anderson, as an inspiration, she hopes to capture a level of quirkiness in her books.

‘Fig Swims the World’ is full of things Lou likes. The central theme is wild water swimming, something Lou practices. She wild swims all year round and has also swum the Hellespont (which connects Europe to Asia), Copenhagen’s harbour, The Rivers Dart and Wye, and around Brownsea Island. Her bucket list contains several international wild water swims but, unlike Fig, she wants to swim the Arctic Circle. In the book, different generations talk, help and support each other, something Lou feels is paramount.

The Act of Writing

Lou then turned to the act of writing itself. ‘Fig Swims the World’ is not the first book she wrote, but it is the first book published. She said writing can be a painful process as people will critique the work. Although her first book was rejected she used the feedback to improve and is now a published author. It can take a long time to get a quality agent, editor, publisher and to prepare a book for printing.

As inspiration can strike at any time, Lou keeps notebooks around the house and even has a waterproof pad so she can write in the bath!  She does most of her writing at her desk, which is an inviting space – it is helpful to work in a pleasant environment. She makes notes in her notebooks, on her phone or on her computer. On the computer, Lou constructs them into a story and writes any necessary extra scenes. Although it is sometimes easier to write a book starting with the ending, Lou is happy to start in the middle.

Lou is already working on her next novel. We expect it will be as fun and quirky as ‘Fig Swims the World’. 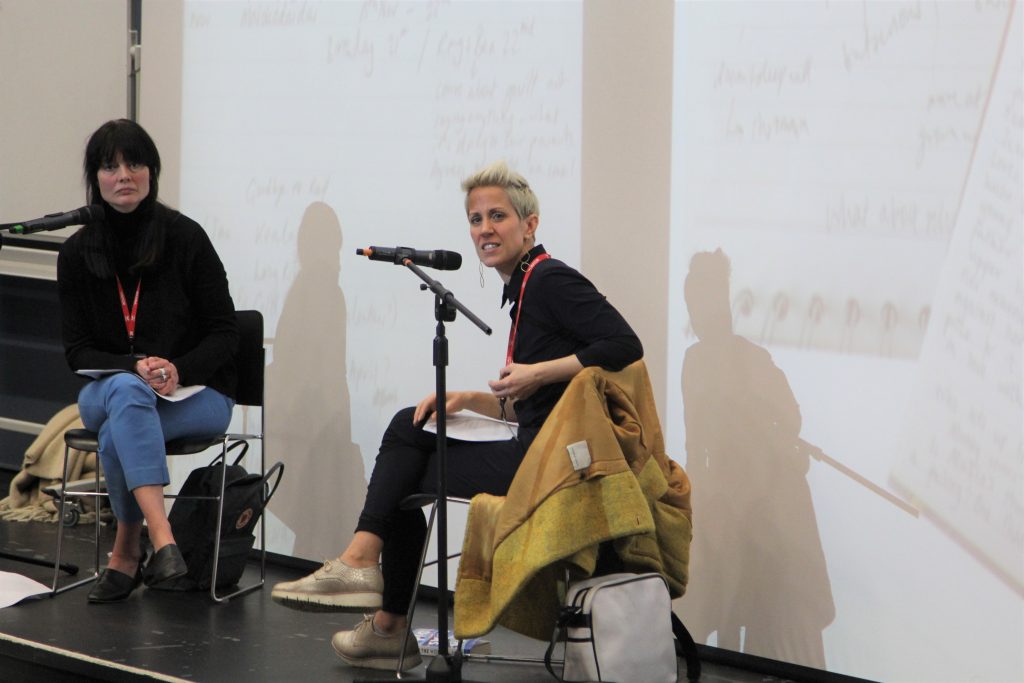