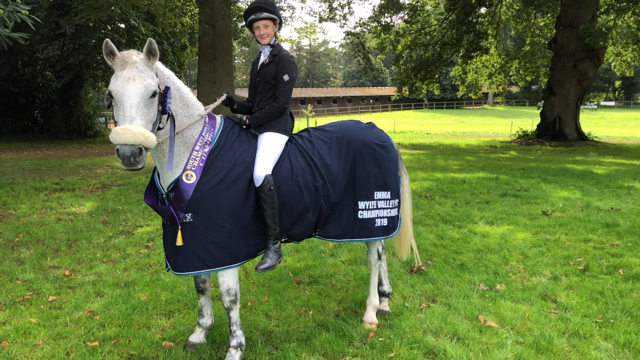 A Summer with Horses

Wow what a busy Summer Emma has had! At the start of the holidays Emma and Silver were part of a team that qualified for the National Pony club championships that were to be help in Cheshire!

Emma spent a week helping at a pony club camp for younger children before attending a camp for the seniors the week after.

This camp gave Emma and Silver lots of fabulous tuition and was also great fun. They came away winning best combination as well as placing in lots of other competitions.

With the loss of The Pony Club Championships it was decided to run a South West championship competition at Bicton arena. Emma and Silver made the long journey down to compete in the dressage and showjumping.

The first round of the show jumping was OK with Emma and Silver jumping a lovely clear and the team going through to the second round with a score of zero (that is good), the second round was massive with jumps measuring 105cm and a water tray full of water! Unfortunately, Emma and Silver hit a pole meaning the team finished on a score of 4. This meant that they WON the South West Championship Novice Showjumping with the team in second finishing on 16!!!!

The next day was the novice dressage competition. Unfortunately their test was definitely affected by nerves as dressage is not their strongest of disciplines but they held it together and helped the team come 3rd!! 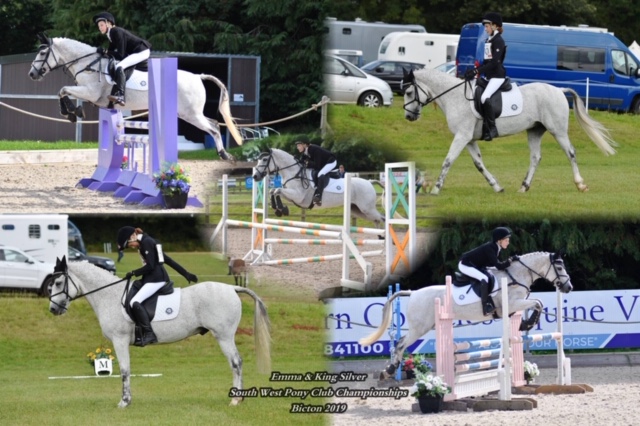